My books are collections of nine or ten stories, each one a separate mystery, but there’s an ongoing thread that tells the story of the main characters.  Therefore, the books combine the characteristics of the short story and the novel.  I particularly enjoy using this format because it allows me to have a family of main characters, each one with different interests and areas of expertise.  This, in turn, provides variety in my subject matter, mood and settings—not to mention a fascinating selection of single-story characters from the different worlds that my main characters inhabit.

There are several challenges to creating a collection of this type.  Mystery stories are generally plot-driven, and since there are a limited number of basic plots, finding ways to make them seem fresh is not easy.  It’s important to have engaging characters, an atmospheric setting and a distinctive style.  All these elements help disguise the basic plots that have been told and retold in various ways by everyone from Wilkie Collins to Elizabeth George.

When you consider that there are a limited number of believable motives that would drive someone to murder, it makes you realize just how few credible plots there are—and you do need to stay with what is credible.  The reader feels cheated if there is a lack of logic or belief at the end of the day.  However, avoiding repetition of motive and method is hard with so many stories in one book.  Having a mix of light and dark stories requires a careful touch, too, because there still has to be a certain consistency of tone so as not to startle the reader out of his or her comfort zone.  I like to think I’ve succeeded in meeting these challenges, but that’s something only the reader can decide. 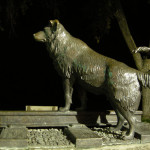 Whether I can continue to meet the challenge is another matter.  Having produced four collections, with two more on the way, I have come up with more than fifty mystery plots, which would have provided the groundwork for a lifetime of novels.  Sometimes it’s tempting to think about changing to a different format, especially when I see the final story in the fifth collection creeping up into a novella.  It’s set in Montana and is inspired by the statue of Shep by the Grand Union Hotel, so it’s very tempting to include all the fascinating history of the area. Still, my instinct tells me that, for the Beary series, writing the shorter stories is ultimately the right path to follow. 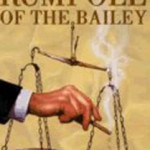 For me, the master of this format was John Mortimer with his Rumpole series.  What a fabulous collection of characters he created.  Barristers, judges, wives, litigants and villains all came in varying shades of black, white and grey.  Mortimer’s depiction of a legal system that is only as good as the people who run it is highly entertaining when seen through Rumpole’s eyes. The plots are credible as well as intriguing, and the subtle humour that pervades all the stories creates a gently tolerant mood, so that the end result is a read that is both soothing and thought-provoking. 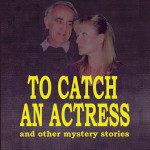 For me, part of the enjoyment of a new Rumpole was the knowledge that there would be several challenging mysteries to unravel, several different types of court cases, and fascinating new characters to mingle with the familiar and well-loved ones.  Therefore, although I enjoyed the Rumpole novels that Mortimer later published, they did not resonate with me the way the story collections did.  My feeling is that mysteries with a satirical edge simply fare better in the shorter format.  Suspense can be drawn out, but humour shines in small doses.  So when I start to feel a sense of déjà vu with my short stories and decide it’s time to move on and tackle a novel, I will also decide it’s time to move on to a new set of characters.  When a review of To Catch an Actress compared it to the Rumpole collections, I was tremendously flattered, but I also took a message from that review.  Beary, like Rumpole, works best in the short-story format.  If it ain’t broke, don’t fix it!

Emulating Rumpole – The Challenge of Writing a Short-story Mystery Collection