I still remember the extensive headlines and media coverage during the seventies over the shooting of a woman hostage at the old B.C. Penitentiary in New Westminster.  However, in all the years I have known my friend, Margaret Franz, I never realized that it was her older sister, Mary, who had died so tragically during the devastating incident.  Margaret is now writing a book that tells her sister’s story, and she is also preparing to celebrate Mary’s life at the Terry Fox Theatre on Saturday, March 29.

Mary Steinhauser died on June 11, 1975, shot during a botched hostage-taking.  Fifteen parole officers were taken captive in an old vault at the Pen by three prisoners.  Mary was a very brave and unselfish woman, who was well liked by the inmates, and she offered herself up as the principal hostage.  However, forty-one hours after the start of the incident, some of the hostages attempted an escape, and when their efforts failed, bedlam ensued. The guards rushed in with their guns drawn. One of the prisoners grabbed Mary, using her as a human shield. The guards fired, hitting her in the shoulder and the chest. She died with a bullet through her heart. 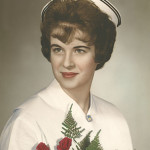 Mary was the only person to lose her life in the incident. Two inquiries followed, both concluding that the shooting was accidental.  But in spite of the results of the various commissions and inquests, Margaret Franz still questions how her sister was killed.  For Mary had challenged the system.  She was opposed to the practice of solitary confinement, and was serving on a federal committee to examine the issue before she died.  Mary was a compassionate woman, but her ideas irked the guards, who were in favour of a tougher treatment for the inmates.  Mary believed in rehabilitation and did whatever she could to help the inmates ease their way back into society after their release from prison. 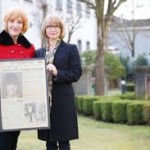 Mary was also disturbed by the disproportionate number of Aboriginals in the prison system and had been trying to set up a community day for friends and relatives of Aboriginal inmates to visit and interact with the inmates.  In 2011, Margaret established a bursary in recognition of her sister’s tireless advocacy on behalf of First Nations inmates.  The Mary Steinhauser Memorial Bursary is awarded to SFU Aboriginal undergrads studying the humanities.

To learn more about Mary’s life, attend the memorial on March 29th, where you can hear the extraordinary story of this courageous woman from the people that she touched throughout her life.  The celebration of Mary’s life is simply and appropriately titled BRAVE.

[box] “Brave!” – a story of compassion and justice: in 1975, psychiatric nurse and prison reformer Mary Steinhauser died in a BC Pen hostage incident gone terribly wrong. This Saturday night, her life will be celebrated in “Brave”, an evening of dance, drama and live music honoring her passionate drive to improve prisoner rehabilitation. Special appearance by the Dancers of Damelahamid, one of Canada’s finest Aboriginal dance companies. Proceeds to an SFU Aboriginal student bursary to be presented after the show. Reception follows, including historical displays from Thompson River University, the Riverview Hospital Historical Society and New West Museum. Don’t miss this tribute to a remarkable woman, 730pm Sat. March 29 at Terry Fox Theatre, PoCo. Info & tickets: www.marysteinhauser.com[/box]

The life and death of Mary Steinhauser