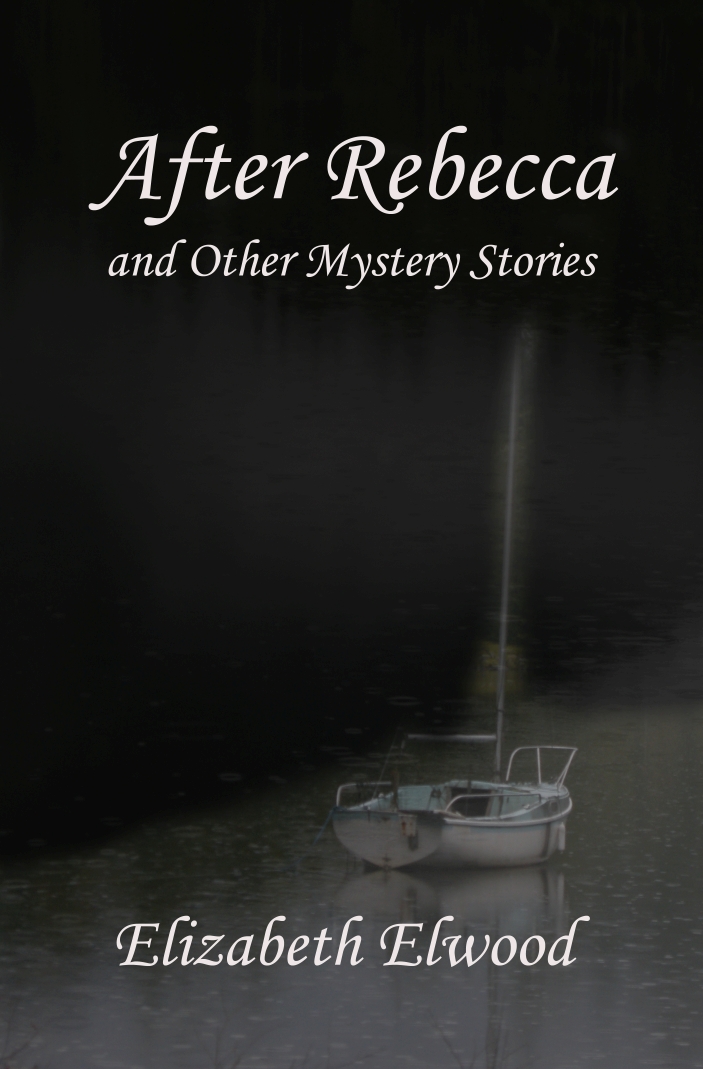 I first read Daphne du Maurier’s Rebecca when I was fourteen and was so enthralled by the book that I continued reading long into the night. I would never have thought of basing a story on the novel’s theme, but there is a stretch of road on the Sunshine Coast that evokes the description of the approach to Manderley and the power of suggestion has been at work every time we have driven that route. Since the Coast is the place where I do most of my writing, it was inevitable that a story on the Rebecca theme would ensue one day.

That story became “After Rebecca”, where Philippa Beary, travelling through a storm on her way back from Montana, is unnerved when she comes upon an eerie lakeside estate that bears a remarkable resemblance to the setting of the book. She is even more disturbed when she learns that the eerie mansion holds the secret to a murder. Between the thoughts of the troubled wife whose husband is suspected of murder and the narrative that follows Philippa’s adventures as she tries to unravel the truth of what really happened at the estate, “After Rebecca” provides an intriguing puzzle for mystery lovers and nostalgia for those who remember the book that inspired the story.

“After Rebecca” is followed by seven mystery stories, many of which have roots in settings that are familiar to me. I spent several years as a Pets and Friends visitor at the George Derby War Veterans’ Hospital and have many happy memories of the people I met there. From those experiences came “Remembrance Day”, a story that tells how the search for a missing veteran ultimately provides the solution to a local murder.

“Mimi’s Farewell” stems from my years in the chorus of the Vancouver Opera, and “The Camera Lies” was prompted by the periodic visits of movie crews to Robert Burnaby Park. A trip to PEI and the Charlottetown Festival inspired “Journeys End in Lovers Meeting” and “The Boat Chain” was suggested by the sight of boats rafted together off the Marine Park in a sun-drenched Pender Harbour.

As a reader, I always gravitate towards cold-case scenarios or historical mysteries, so I enjoy writing these types of tales as well. Therefore, two stories in the book deal with incidents from the past. “The Feast of Stephen” is set in a late-Victorian mansion during a snowy Christmas and it tells how a child’s kindness to a vagrant brings closure to a mystery that dates back to World War II. “Two Late the Verdict” harks back to the Swinging Sixties and is set during the trial of two teachers who are facing charges of sexual assault forty years after the fact.

In spite of the variety of subjects and settings, all eight stories continue the ongoing story of the Beary Family, and particularly provide a satisfying conclusion to Philippa’s story. When I first published this post, I asked the question: Will the series end here, or will there be a seventh Beary book? Maybe. After all, Richard is still at loose ends.  Well, as it turns out, one of my pandemic projects has been to write that seventh book, but this time, it is going to be a Beary mystery novel.  More to come on this in the next few months.

To order After Rebecca and Other Mystery Stories: https://amzn.to/2u21n6o