People often ask me whether I prefer writing plays, stories or marionette musicals. It’s hard to answer that question and I always end up saying that I most enjoy whichever I am doing at the particular moment. Writing a story is a fairly flexible creative process. Granted there are certain standard ‘rules’ for short stories and novellas, but the reality is that the author has no firm restrictions on the number of settings or characters. The entire world is the author’s playground, along with as many inhabitants as the writer needs to populate the story. However, there are no lights, costumes or visual aids to help create the atmosphere, no facial expressions to explain the characters’ feelings. The words have to create the picture.

Playwrights, on the other hand, deal with a lot of practical restrictions, so those have to be kept in mind throughout the writing process. Complex settings can be difficult to stage; a large number of characters can present casting challenges. Both of these problems may deter a selection committee from choosing a play. Ideal cast sizes also vary depending on whether the playwright is writing for community theatre or hoping for a professional production. Professional companies have to consider salaries, so smaller casts are more desirable, witness how many companies incorporate a one-character-monologue play into their season. Community theatre, on the other hand, does not face the same financial burden and often sees the value of a bigger troupe; the more people on stage, the more bums in seats, since amateur actors are usually good about bringing in their friends and families. 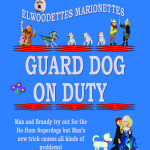 Interestingly enough, casting for the marionette stage is the complete reverse of casting for the theatre. In a theatrical play, cast size may be limited for practical reasons, but everyone in the play can be on stage at the same time. With puppets, one can create a script with a huge cast as long as only a small number (as many as the puppeteers hands will allow) are on stage at any given time.

Playwrights also have to consider what their characters are doing on stage. If several actors are on at the same time, they all have to be included in the dialogue or else have credible action that keeps them apart for a good reason. If six people are on stage and all the lines are spoken by two actors, the other four could well present a problem for the director. Another lesson I learned the hard way, and this is a practical tip for writers of mystery plays: Unless there’s comedy value in the presence of a body, don’t have a murder in the middle of a scene. If you do, the director will have the challenge of removing the corpse. Victims need to be dispatched just before the blackout. 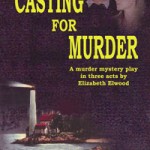 Props have to be considered in relation to blackouts too. If you leave too many props lying around at the end of a scene, you create an irritating time lag while the crew has to remove them. And don’t forget Costume changes. You must leave sufficient time within the script for the actor to make the change without delaying the pace of the play.

The length of a play itself is also governed by practical considerations. Three Act plays are less popular now, because today’s audiences have shorter attention spans. Certainly, to maximize the chance of getting a production within the community-theatre circuit, one has to present the story within two acts, and the fewer number of scenes or lighting changes, the better. Ease of production along with marketability are two of the criteria most carefully assessed by these groups. 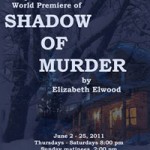 So play or story, which is more fun to write? Basically, both formats provide interesting challenges, all equally difficult in their own way. However, the hardest task of all is trying to adapt a plot from one medium to another. This is a tough writing exercise, always trickier than starting from scratch, but one that I have undertaken several times. All three of my plays also exist in story form, though it varied which came first, the script or the narrative.

Next: How “To Catch an Actress” became Casting for Murder

Play or story? Which presents the most challenges?