Marshlands Hunting Lodge was designed with a split level stage, which proved advantageous given the large size of the cast. The small square door on the left of the picture was a wine cupboard, from which a corpse had to be revealed at the end of the first act. Raising the level of the cupboard ensured that the body was seen by all the audience. 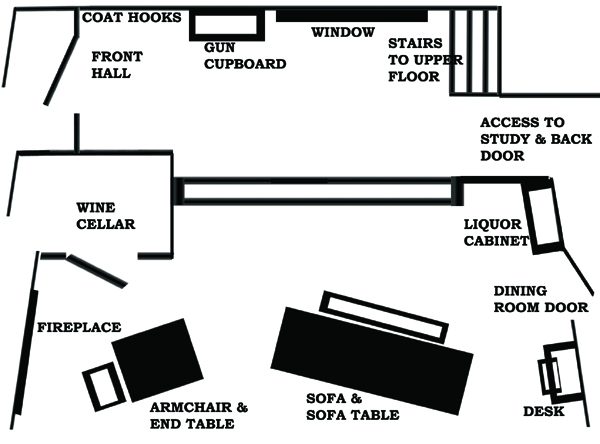 The lighting from the fireplace was extremely effective for atmosphere. However, the trickiest part of this set was the rear window, since twice in the show, a shot was fired through it from outside. This problem was solved by my husband, who was producer for the premiere production. Spider patterned sheets of Lexan snapped into place with fishline worked perfectly, timed in coordination with gunshots on the soundtrack, and the effect from the audience was very dramatic. 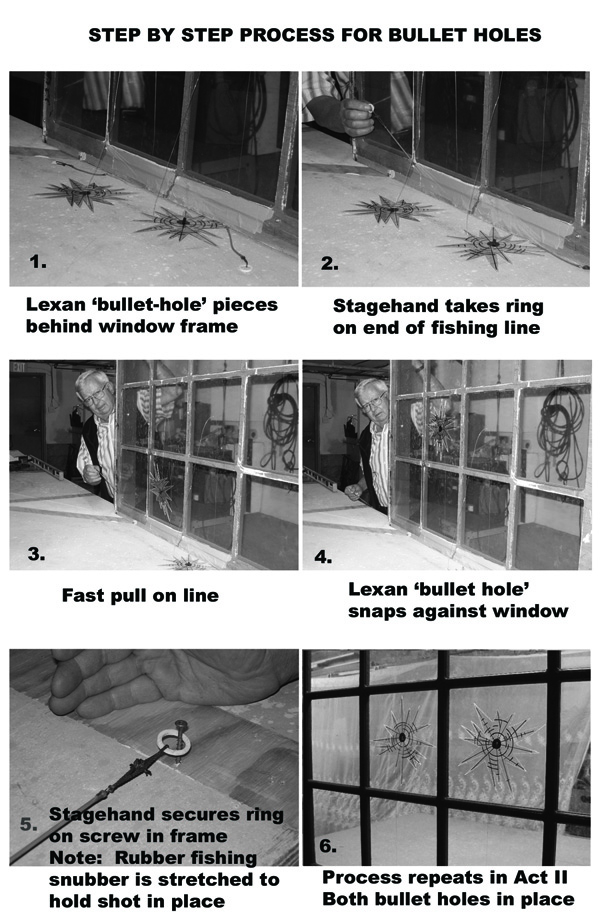